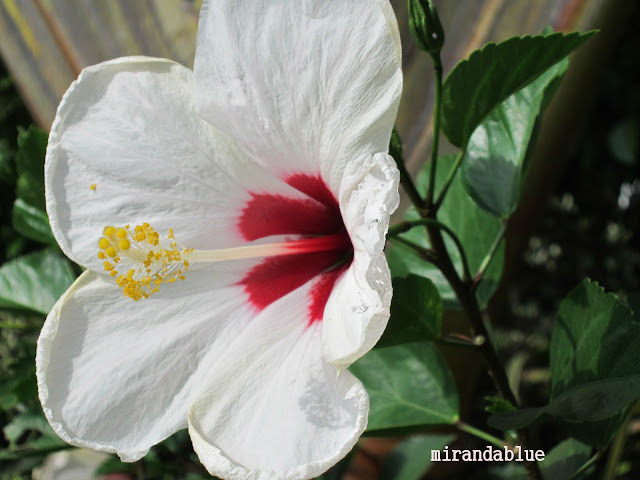 Let us be grateful to people who make us happy, they are the charming gardeners who make our souls blossom.
~ Marcel Proust 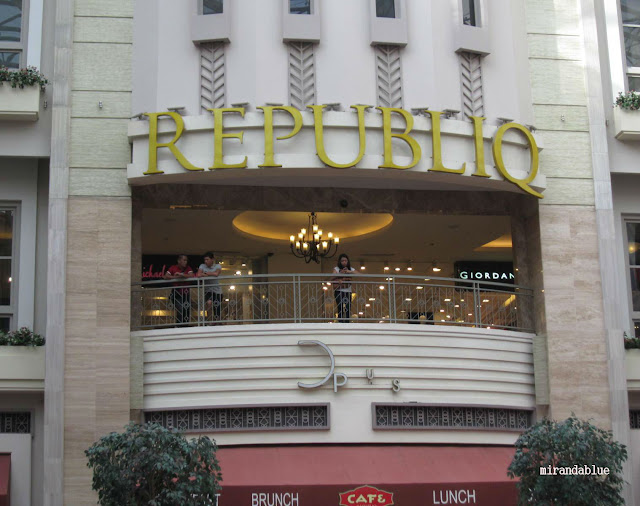 Cafe Republiq at the Newport Mall in Resorts World Manila.
This cafe is facing The Plaza, a Mediterranean-themed indoor piazza naturally lit by a glass skylight.  This complex houses three hotels, a casino, restaurants, cinemas and a theater for live performances, and luxury brands I cannot afford.:p 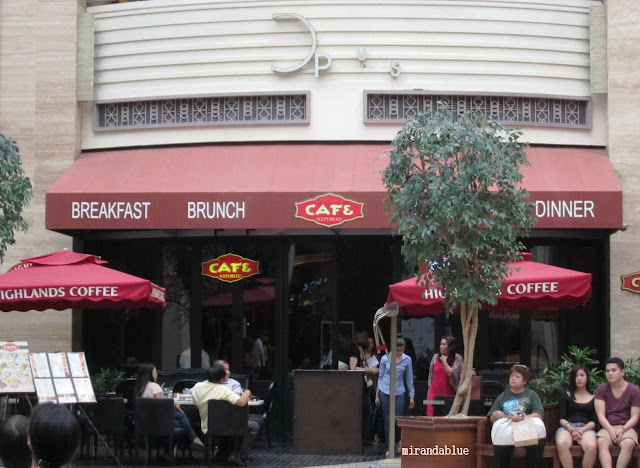 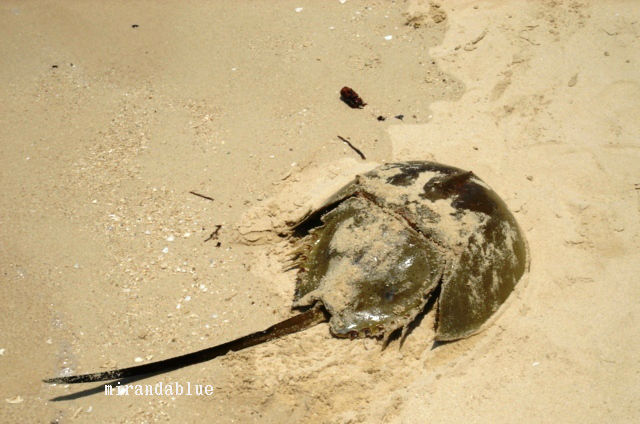 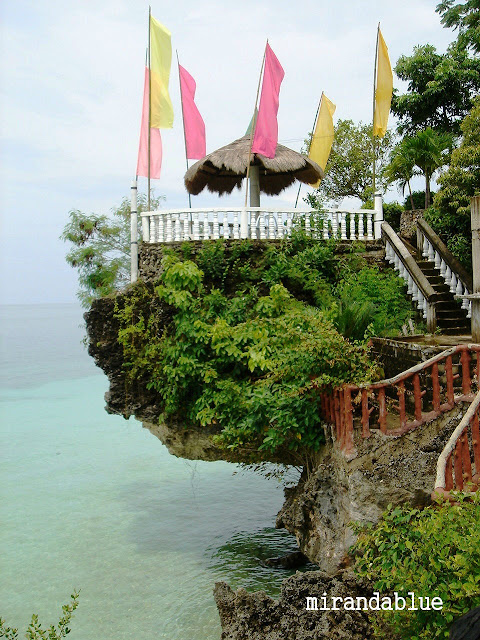 From my archives--- at Santiago Bay, Camotes Island, Cebu, Philippines

Clusters of purple Kamantigue after the rain.
Impatiens is a genus of about 850-1,000 species of flowering plants of the Balsaminaceae family; a native of India and now cultivated in all warm countries.  It is propagated through seeds.  Roots, stems, flowers and seeds are used in folk medicine. 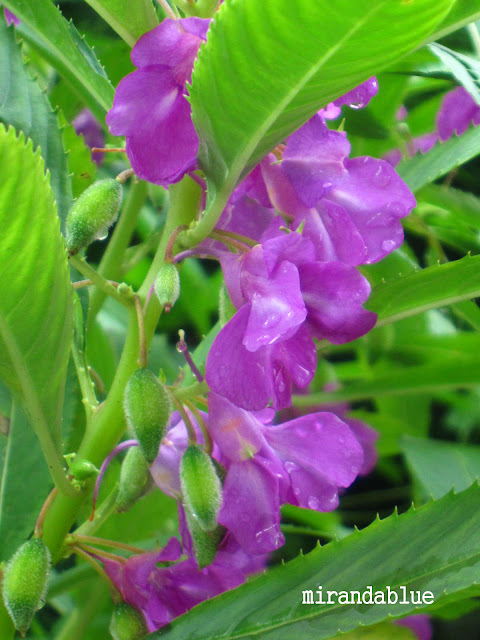 What do you think of "Where Frying is Fun and Freezing"?
A stall at the mall selling fried ice cream.

Join us at Signs, Signs 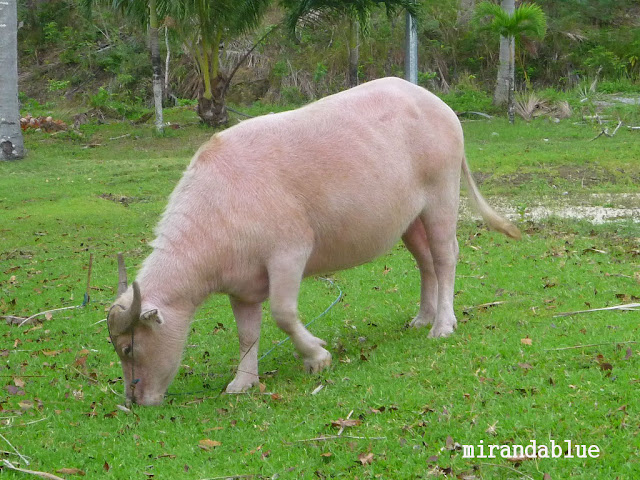 W is for Water Buffalo


Popularly known as carabao or kalabaw (Tagalog), Bubalus bubalis carabanesis is a subspecies of the domesticated water buffalo.  It is one of the most important animals in the Philippines, especially in agriculture, being the farm animal of choice for pulling both a plow and the cart used to haul produce to the market.  For a Filipino farmer, a kalabaw is a faithful partner in life.

The water buffalo is indigenous to Southeast Asia.  Silent and docile, it is strong and a hard-worker.  Without sweat glands, it cools itself by lying in a waterhole or mud during the heat of the day.  Both male and female have massive horns, adults weigh 700 to 800 kilograms.

Until a few years ago, I didn't know there was a white [albino] water buffalo.  The gray/black species is commonly used in farming.  A friend told me that the albino is easily sunburned that they're not used in the fields but as a source of milk.

It looks like the albino, indeed, has a much easier life.:p


A parade of hundreds of water buffalo in the streets of Pulilan town in Bulacan is held every 14th and 15th of May in honor of the town's patron saint, San Isidro Labrador.  You can see photos here.

In the early 90's, the government established the Philippine Carabao Center.  It was created to conserve, propagate and promote the Philippine carabao as a source of draft animal power, meat, milk and hide.  Also to enable small farmers to avail themselves of a good quality carabao; encourage backyard dairy development in rural areas to reduce dependence on imported milk by-products; and increase the annual population growth of Philippine carabaos. 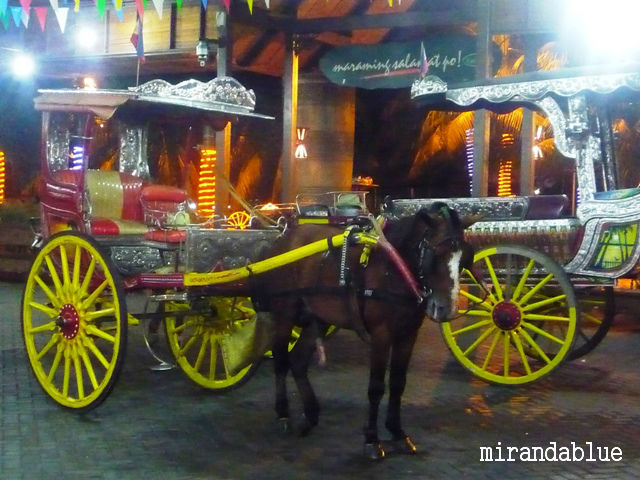 Pagoda flower is an erect, open semi-woody shrub with large evergreen heart-shaped leaves and huge showy clusters of red-orange or scarlet flowers held above the foliage.  This beauty is a native to India, Sri Lanka, Malaysia and much of southeastern Asia.

Found this at the roadside in Culion Island.

What sunshine is to flowers, smiles are to humanity.  These are but trifles, to be sure; but scattered along life's pathways, the good they do is inconceivable. ~ Joseph Addison

This was our breakfast when my friends and I were in Subic recently.  We had a 7-year old bodyguard---the corned beef omelet and Spam were prepared for her.  The fried tuyo was a special request by yours truly. Since mom's elevated BP in December, there has been a total ban on all kinds of dried fish at home as well as bagoong, and fish sauce---my mom's favorite side dishes.

These were the answers to my salt craving. 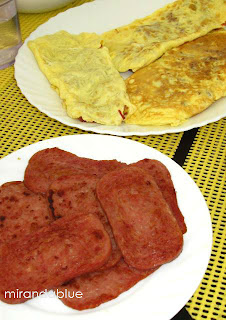 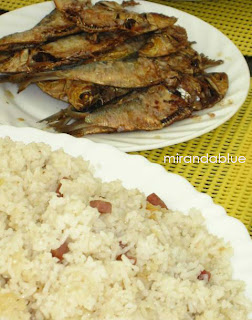 Still smacking my lips thinking about fried tuyo dipped in spicy vinegar, fried rice and brewed coffee.  I know I should stay away from salty foods, and I am really trying.:p

Found this plant/flower growing wildly at the beach in Negros.  I didn't know the name until recently when I saw it as a ground-cover at a riverbank park.  The park caretaker told me it's called Singapore Daisy, and it is considered a weed.  A South American native,  it is now common in the tropical and sub-tropical areas.  Singapore Daisy is deliberately planted as roadside and embankment stabilizer.  It forms dense infestations along undisturbed edges of rainforests and coastal areas.


A weed is but an unloved flower. ~ Ella Wheeler Wilcox 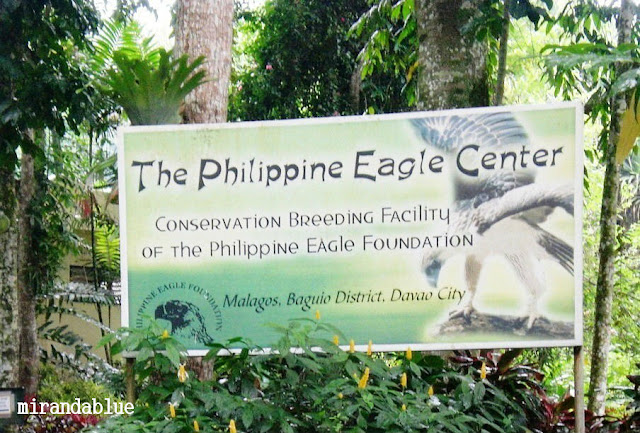 A bird sanctuary with special focus on conservation, research, protection and public education in the preservation of the Philippine eagle and its habitat. 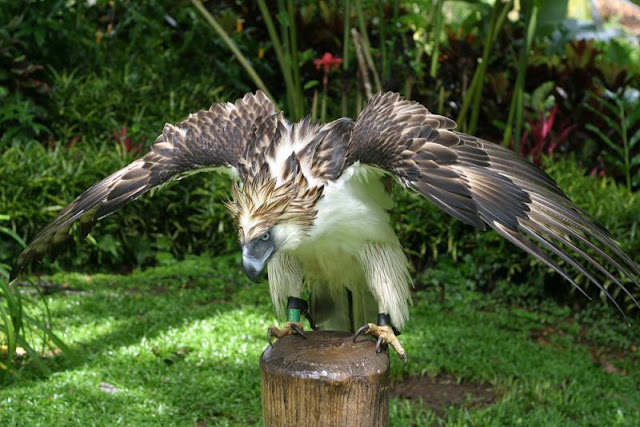 Photo Link
The Philippine Eagle (Pithecophaga jefferyi) is a giant forest raptor endemic to the Philippines---considered one of the largest and most powerful eagles in the world.  Sadly, it is also one of the rarest and among the most critical endangered species.

V is for Volcano

Taal Volcano viewed from Tagaytay Ridge.
Taal Volcano is a complex volcano located in Volcano Island in the middle of Lake Taal,  about 31 miles south of Manila.  Lake Taal, a freshwater lake, lies within the 25-30-kilometer caldera formed by very large explosions between 500,000 to 100,000 years ago.  Since the formation of the caldera, subsequent eruptions have created a volcanic island, within the caldera, known as the Volcano Island.  This island covers an area of about 9 square miles, and consists of cones and craters. Forty-seven different cones and craters have been identified on the island---one is Crater Lake, the world's largest lake on an island in a lake on an island, and it has its own small island, Vulcan Point.

Taal Volcano is one of the active volcanoes in the Philippines and part of the Pacific ring of fire.  Regular tours of the lake and Volcano Island are available to tourists. 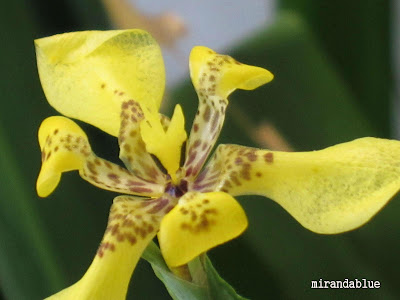 This yellow beauty is Neomarica, a genus of 16 species of plants in family Iridaceae, native to tropical regions of Africa, Central and South America.  The genus  name is derived from the Greek words neo, meaning "new", and Marica, the Roman nymph.  The flowers emerge from what appears to be just another leaf, but it is really a flower stalk structured to look like the other leaves, and somewhat resembles Iris flowers.   It flowers all-year-round and the leaves stay green.  The flower is very fragrant but lasts for only 18 hours.


The yellow Walking Iris is a common ornamental plant here that is easily cultivated in the garden and as a houseplant.  In a natural environment, the plants will root into the ground and start a new plant.  In time, large clumps will spread in every direction, and the plant has literally "walked" its way into a new existence. 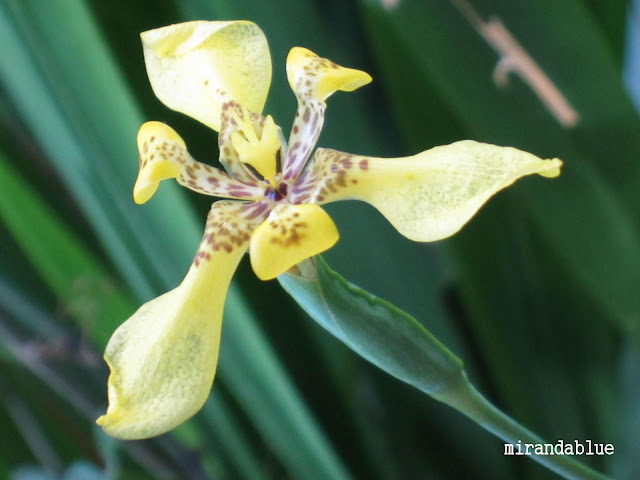 "We are not held back by the love we didn't receive in the past, but by the love we're not extending in the present." ~ Marianne Williamson 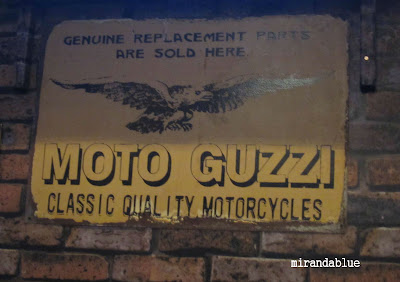 Signs on the walls of The Roadhouse Manila Bay, a blues bar beside the bay, where we accidentally walked in after dinner one Saturday night.  We were actually following where the music was coming from.  The live band played beautifully that we decided to stay.  My 21-year old nephew who plays guitar in a rock band was captivated. 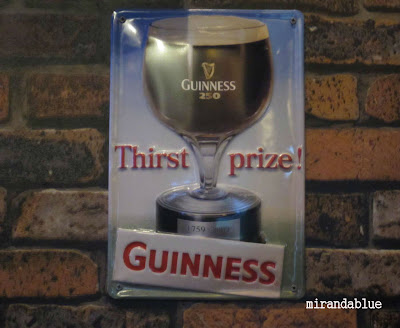 Aside from wide-screen TV's, the walls were decorated with memorabilia.  This framed guitar is my favorite. 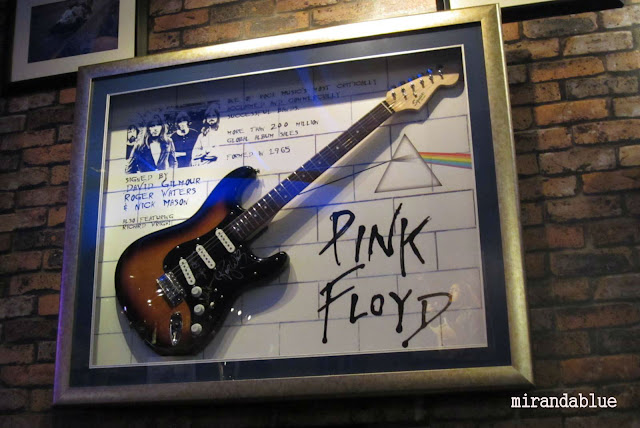 U is for Underground


Exploring the underground is one of the activities I do with my friends when we're on vacation.  Caving or spelunking is often undertaken for recreation, which to my mom, is insane! Caves  are one of the last unexplored places on earth,  and some of the environments are very fragile.  I don't normally like enclosed spaces but spelunking is one activity where I conquer my fear.  Sure, I think about earthquakes and cave-in all the time when I'm underground but it's a small price I have to pay for an innate need to explore.  Living a relatively safe life, I guess I enjoy the element of danger exploring the underground---climbing or crawling is often necessary, squeezing through chasms and low tunnels, rappelling, swimming, negotiating steep or slippery passages make spelunking an exciting sport and physical activity.


Spelunking is not necessarily a high-risk sport---as in all physical sports, knowing one's limitations is key.  Safe caving tips here.