This species of Marigold is a native to Mexico and Central America, regarded as  flor de muertos (flower of the dead) in pre-hispanic Mexico and still widely used in the Dia de los Muertos celebrated every November 2nd (our All Soul's Day).  The Aztecs gathered this wild plant as well as cultivated it for medicinal, ceremonial, and decorative purposes.    Water infused with the fragrant essential oil of the flower was used to wash corpses in Honduras, and the flower is still commonly planted in cemeteries.
Marigold foliage has a musky, pungent scent--it is said to deter common insect pests.  It is often planted with tomatoes, eggplant, chili peppers, tobacco and potato.
Since the pre-hispanic times, this plant has been used for medicinal purposes.  The Cherokee used it as a skin wash and for yellow dye.  Due to antibacterial Thiophenes exuded from the roots, Tagetes erecta should not be planted near any legume crop.
Marigold is widely cultivated in Thailand and India to be used as garlands and decoration for weddings, festivals and religions events.
The flower petals have been used in lettuce salads. Today, Tagetes erecta is grown to extract lutein, a common yellow/orange food color added to pasta, vegetable oil, margarine, mayonnaise, salad dressings, baked goods, mustard, and ice cream (in EU countries).  The oil of the flower maybe added to perfumes to infuse an apple scent into them.  The essential oil contains antioxidants. 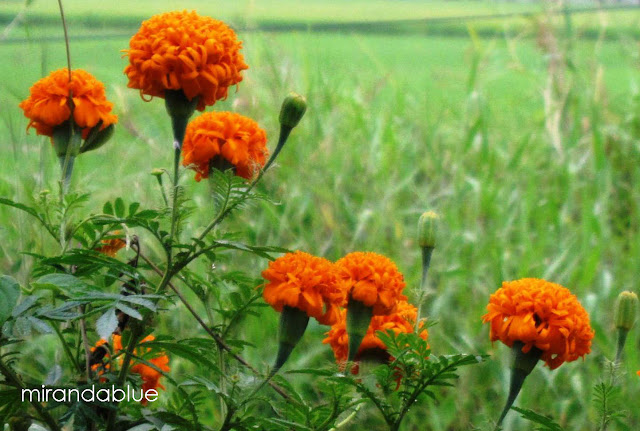 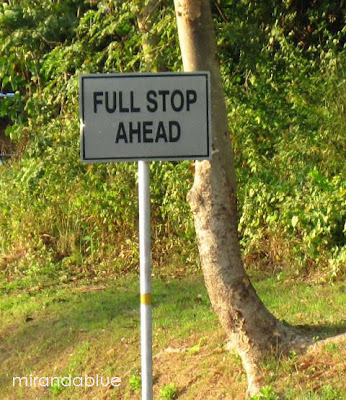 These signs are a few meters away from each other, taken on the same deserted street near Triboa Bay in Subic Bay Freeport Zone.  Four roads meet at this junction---I hope these signs help prevent accidents at this crossroad. 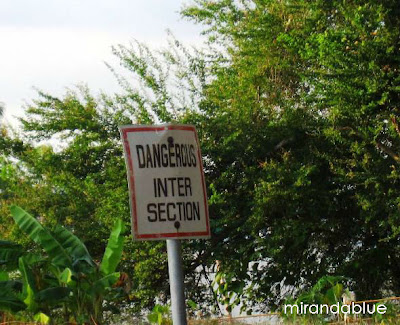 Automobiles are not ferocious...it is man who is to be feared. ~ Robbins B. Stoeckel 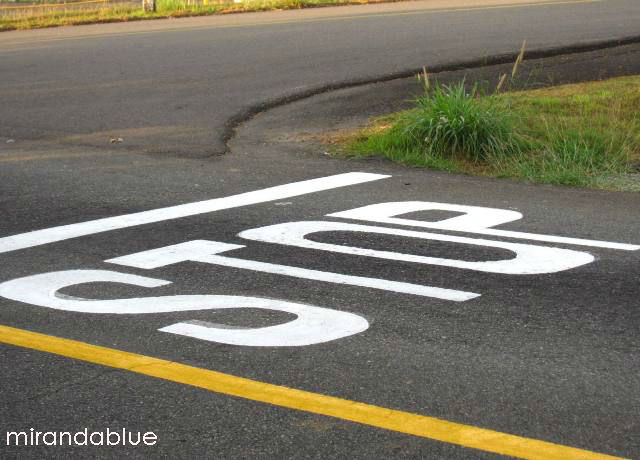 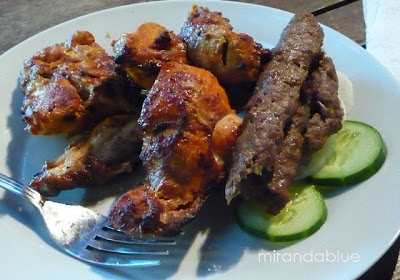 K is for Kebab or Kabab
Kebab (or kabab, kabob) is a wide variety of meat dishes originating in Persia (modern-day Iran), and later on adopted in the Middle East, Turkey, South Asia and Asia Minor, that are now found worldwide. I thought kebabs were only served on a skewer---I was wrong.  Kebab includes grilled, roasted, and stewed dishes of large or small cuts of meat, or even ground meat; it may be served on plates, sandwiches or in bowls.  The traditional meat for kebab is lamb, but depending on local tastes and taboos, it may now be beef, goat, chicken, pork, fish and seafood, even vegetarian.  Like other ethnic foods brought by travelers, the kebab has become part of everyday cuisine in many countries around the globe. 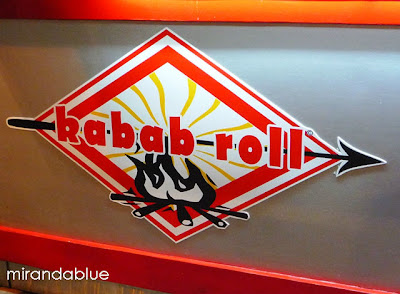 I learned to appreciate kebabs and other Mediterranean food from a Middle Eastern client who visited Manila a few times over the years.  My friend J and I grabbed some chicken and beef kebabs from this stall at the Mall of Asia just before closing time.  Turned out, the owner, an Indian national, was J's classmate in grad school.  He gave us a 50% discount!  Nice guy!:p 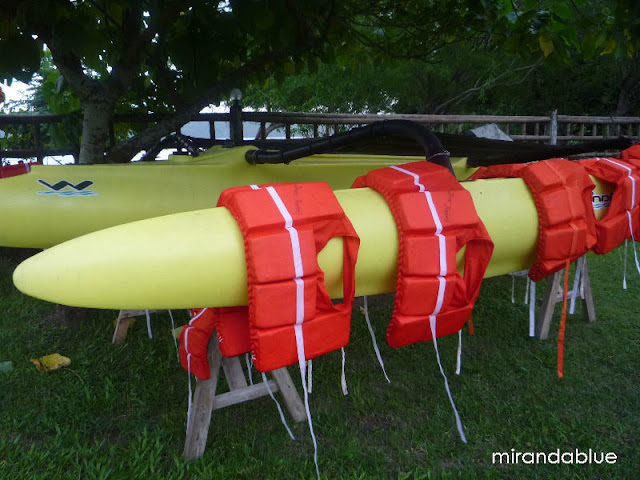 Drying a boat up-side-down and life vests at the Tamarind Tree Resort. 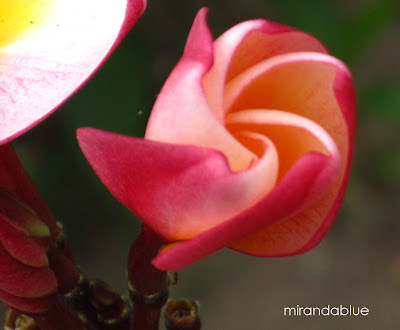 Kalachuchi, Frangipani, Plumeria, Temple Flower, Flor de Mayo
Kalachuchi is a small, deciduous tree, 3 to 7 meters high, with a crooked trunk, smooth and shiny stems, succulent with abundant sticky, milky latex that can irritate skin and eyes. It is related to Oleander and there are more than 300 species.  This flowering tree is a South American native, brought over by the Spaniards from Mexico.  Plumeria flowers are most fragrant at night to lure moths to pollinate them.  The common name "Frangipani" comes from an Italian noble family, a 16th century marquess who invented a plumeria-scented perfume.
The bark, leaves and flowers are used in folk medicine--considered anti-inflammatory, diuretic, induces menstrual flow, reduces fever, purgative.  In Java and Madera, boiled bark is used to treat venereal disease; in Yucatan, latex is used for toothache, decoction of flowers is used for diabetics in Mexico.  Source 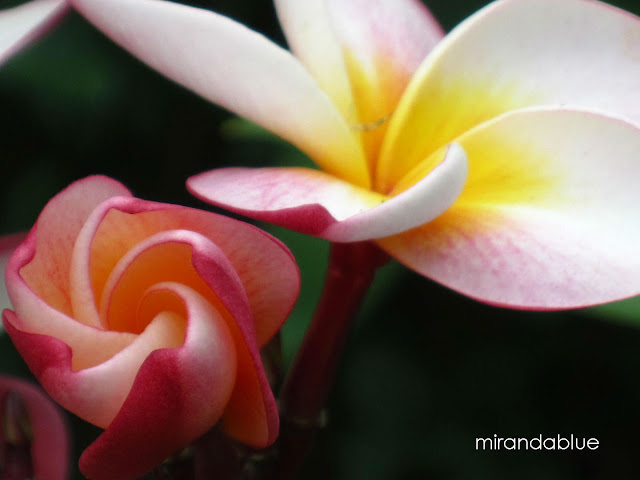 In local folklore, Kalachuchi is often associated with ghosts and graveyard as they are often planted in cemeteries, flowers are used in sympathy wreaths.  The scent of plumeria has been associated with a vampire in Malay folklore, the pontianak (tiyanak in the Philippines) while Balinese Hindus use the flowers in their temple offerings.  In several Pacific Islands, plumerias are used for making leis; in modern Polynesian culture, it can be worn by women to indicate their relationship status---over the right ear if seeking a relationship, and over the left if taken.  And on both ears if it's complicated---I made that up.*LoL* 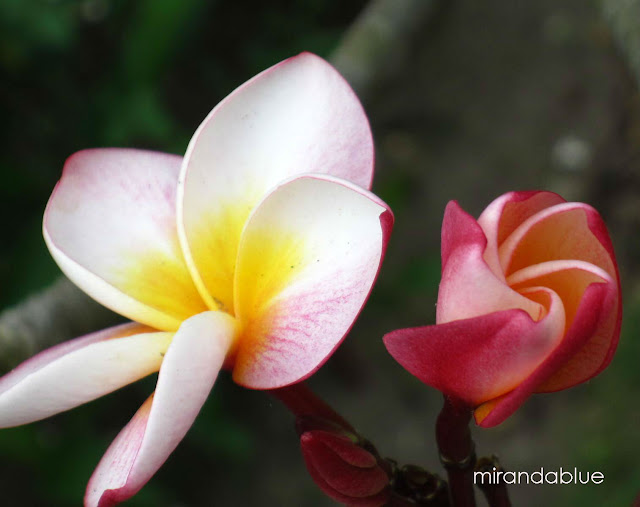 "To be overcome by the fragrance of flowers is a delectable form of defeat."         ~ Beverly Nichols 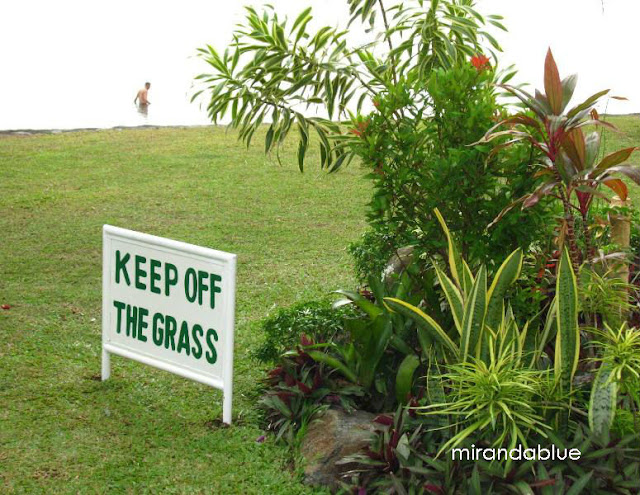 Living in the city all her life, my friend is a bit obsessive of her garden at the beach-house.  I wish she made a gentler sign to tell people to keep off her patch of green.:p
Don't step on me
I need sun and air
So the sign is there
Telling you to care
If you please keep off the grass...
~ from the Children's Television Workshop, 1977 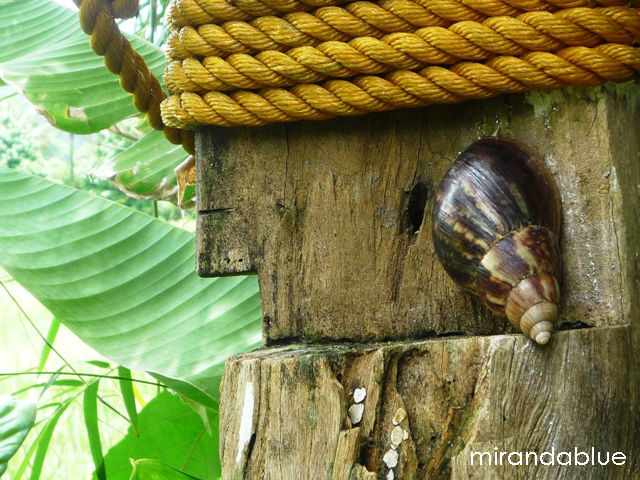 Life is not long, and too much of it must not pass in idle deliberation how it shall be spent. ~ Samuel Johnson

Asystasia intrusa, Asystasia gangetica Linn., Purple Primrose, Zamboangenita
Found this small, branching herb at a village in Laguna.  We considered this as a weed when I was growing up but now it is cultivated as an ornamental plant.  This plant is used in folk medicine---leaves and flowers are used as intestinal astringent; in Africa, infusion of Asystasia is used to ease the pain during childbirth, asthma is treated with leaves and sap is applied to swellings and rheumatism.  It is also edible is some countries.  Source
Oh, the powers of nature!  She knows what we need, and the doctors know nothing. ~ Benvenuto Cellini 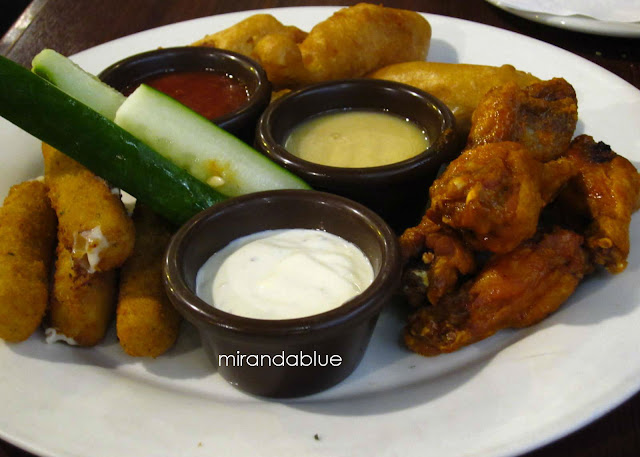 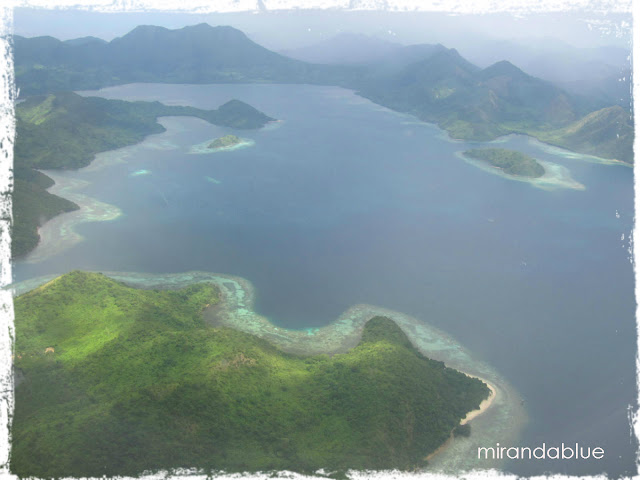 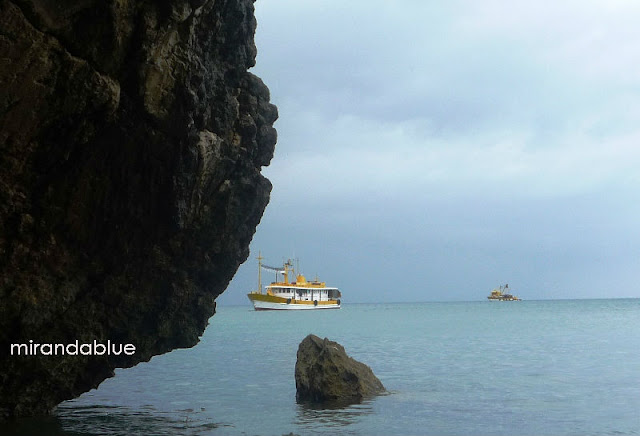 All water has a perfect memory and is forever trying to get back to where it was. ~ Toni Morrison 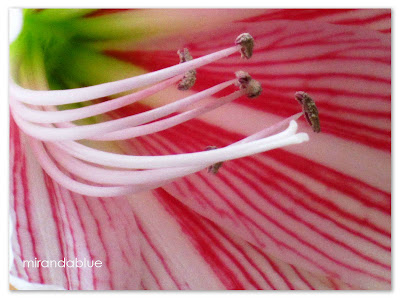 Lirio, Crinum latifolium Linn., Pink-striped Trumpet Lily
This is my mom's Lirio, a rosette-like herb that arises from an underground bulb.  Bulbs and leaves are useful in herbal medicine.  Bulbs are used in folkloric medicine to cure rheumatic pain and sprain, juice of leaves for earaches.  In Vietnam and Cambodia, this herb is used in treatment of prostate and ovarian cancer.  There are studies that suggest potential use of Crinum latifolium for treatment of immunodeficiency such as cancer, leukemia and AIDS.   It is also used in cases of hypoxia, tissue regeneration, and hormone balancing.  It has anti-tumor, anti-viral properties.
Sources:  here and here 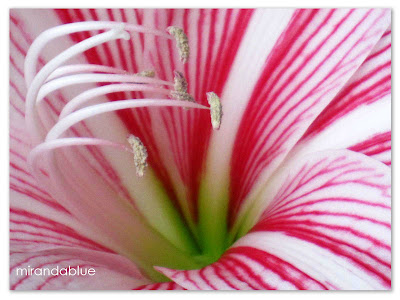 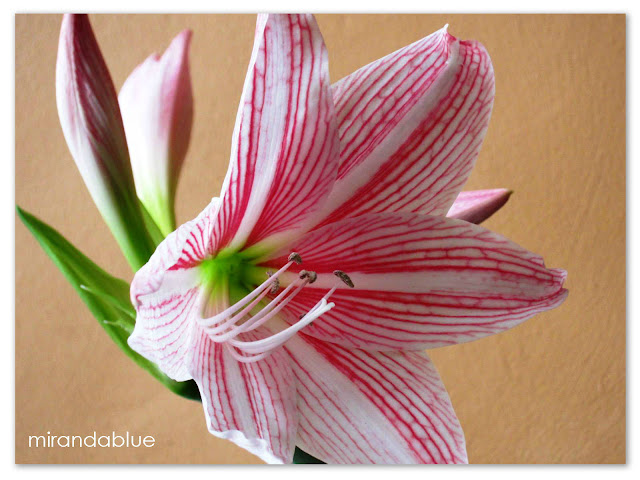 In every person who comes near you look for what is good and strong; honor that; try to imitate it, and your faults will drop off like dead leaves  when their time comes.  ~ John Ruskin 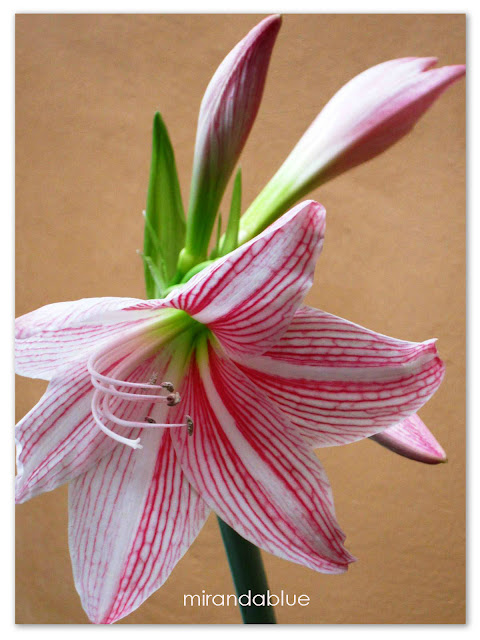 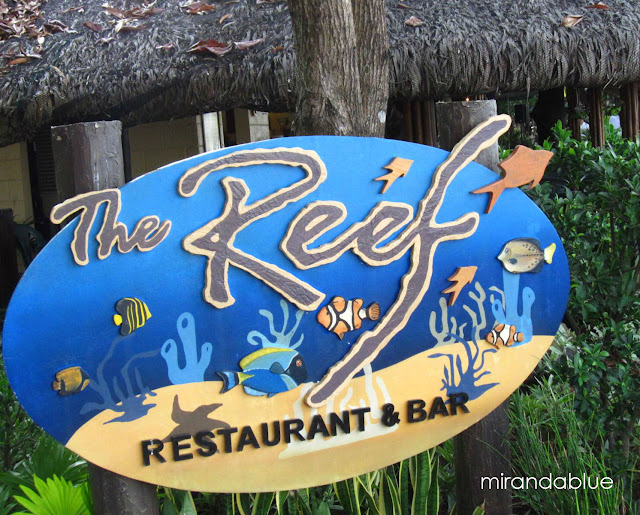 A beach-front bar and restaurant in Camayan Beach where my friends and I had afternoon cocktails before going back to the beach house.  Folk music was playing when we were here.

H is for Heliconia

Heliconia blossoms, also called Lobster Claws, at the edge of the rainforest in Sibulan, Negros Oriental.  Hummingbirds are the main pollinators of  Heliconia  It is named after Mount Helicon, the seat of the Muses, the nine goddesses of arts and sciences in Greek mythology.

"In every walk with nature one  receives far more than he seeks."
~ John Muir 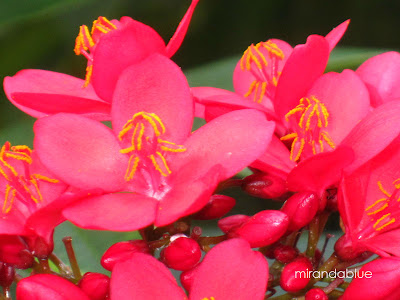 Spent the weekend at a friend's beach house in Subic a few weeks ago. I spied the neighbor's garden for flowers and found these tiny red flowers that resemble Santan (Ixora) and Pentas except for the yellow stamens and buds.  It was blooming side by the side Franginanis, Bougainvilleas and Heliconias. 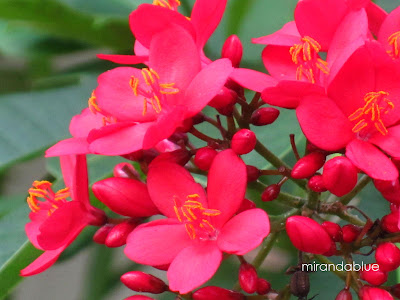 Red is the ultimate cure for sadness. ~ Bill Blass 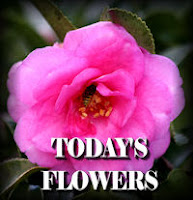