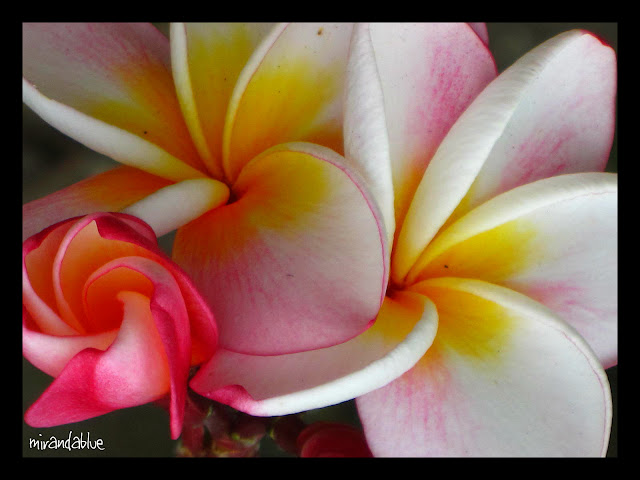 F is for Frangipani

Nothing evokes that tropical feeling quite like the Frangipani.  Its colors remind me of sunsets.  If you've been to Hawaii, I'm sure you would associate Frangipani blossoms and its sweet fragrance with the tropical paradise.  In the Philippines, we associate its heady perfume with death.  Death because Frangipani, or Kalachuchi as it is known locally, is mostly used in sympathy wreaths.  Frangipani trees are often planted in cemeteries, not because of any cultural significance, but because they are tough plants that can survive neglect, heat and drought, and still fill the air with wonderful scents.

My grandmother had an old Frangipani tree in the garden, and it was a source of my childhood imaginings of  ghosts and otherworldly beings when its perfume filled the night air.  Frangipani flowers are highly aromatic at night--the white flowers are more fragrant than the pink ones. 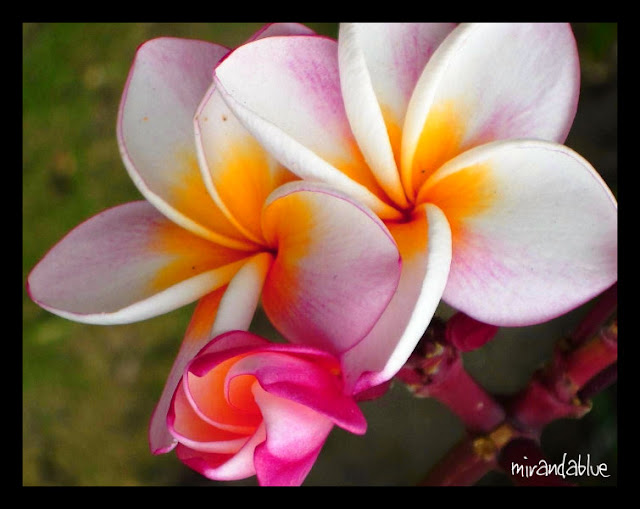 It is called Flor de Mayo in South America where it is a native, although there are claims that Frangipanis are indigenous to the Caribbean and were taken to the Americas by Spanish priests.  Frangipani is related to Oleander and there more than 300 species.  They are relatively small trees growing to only about 5-6 meters tall, with gnarled branches, long leaves and distinctive flowers.  Frangipanis are deciduous and sensitive to cold weather, spreading and sparsely branched. A cut made on any part of the tree will produce a milky, sticky sap that is poisonous to both humans and animals.

There is a theory that Catholic missionary priests spread Frangipanis around the world as they traveled.  This may explain why the Frangipani is popular and common in the Philippines and Thailand but very rare in China and Vietnam.  Thailand and the Philippines welcomed the Christian missionaries while in China and Vietnam, they were persecuted until around the 1850s. 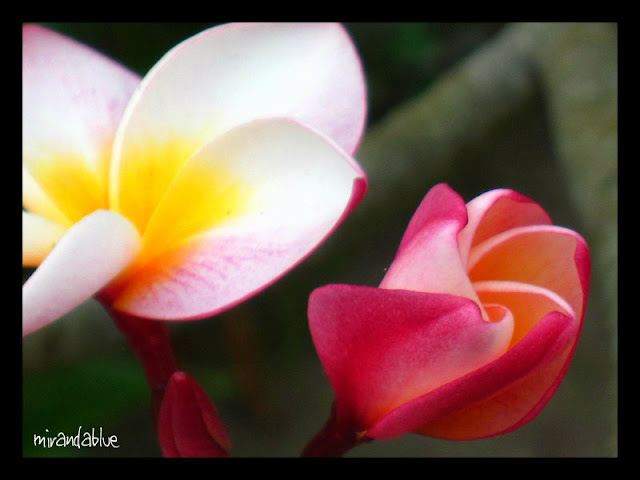 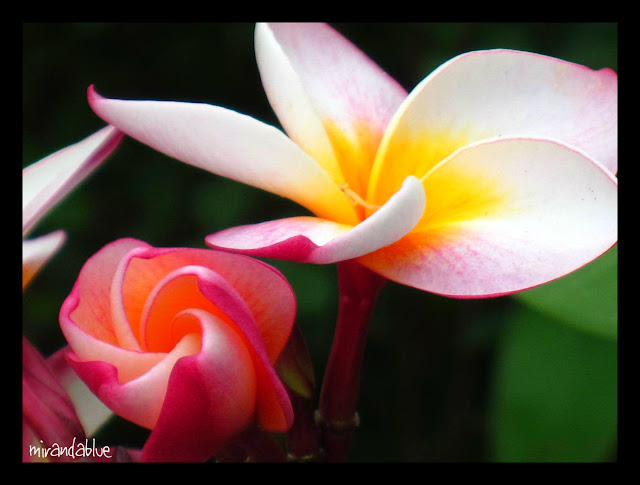 Beautiful flower! It is so welcome on this cold, gray day here.

This is the first time I have seen this beautiful flower! Though I knew the name! Thank you for sharing.
Wil, ABCW Team.

remimds me of ,my childhood. And by the way masyado palang popular ang calachuchi with different meanings sa iba ibang bansa. Nice knowing these facts:)

for whatever reason, i cannot remember the scent of frangipani, even though i used frangipani scented lotions.

Thanks for all the information, and the beautiful images!! I love the way the petals maintain that swirl pattern, even after they have opened!!!

Very beautiful flowers! I have never seen them before:-)

Beautiful shots. My sister brought me some in her suitcase once and even dried the scent was wonderful.

this is a gorgeous flower. I liek both the colorong and the shape of it. An interesting post.

I do wish we lived in the kind of climate that was kind to the Frangipani. Beautiful blooms, and I'm sure a lovely fragrance.

How lovely! I had no idea what color they were.

The white ones are always lovely, but these color ones are quite interesting.

You might get the prize for the most beautiful F.

Beautiful blooms. I've been sharing plants as well, to help cheer me up over the winter.

Gorgeous flowers, I love them.

Breathtaking beauty in your photos - I can smell it ..

many thanks for sharing.

which side of yr ear do you wear them?

I miss the smell of that flower!