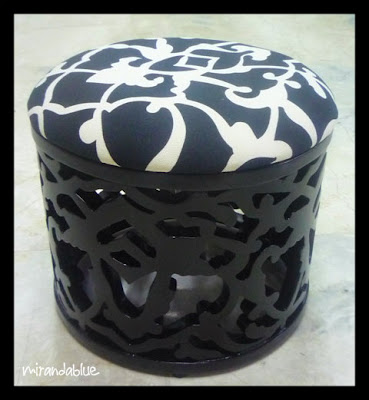 O is for Ottoman


An ottoman is a piece of furniture with a padded seat, usually having neither a back or arms, and used as a stool or a footstool, or in some cases as a coffee table.  Ottomans have often a coordinating furniture with armchairs.  Some ottomans are hollow and used for storage.

The ottoman above was developed for DVF a couple of years ago.  The patchwork wing chair and matching ottoman below were in a booth of a Manila vendor during the Manila F.A.M.E. 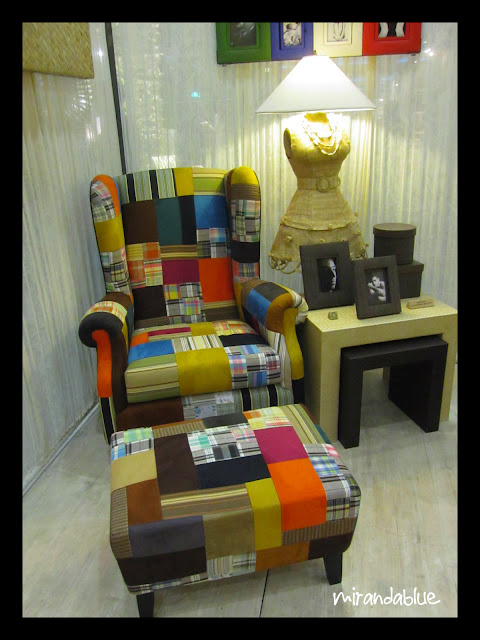 The ottoman was brought to Europe from--you guessed it right, Turkey, in the late 18th century.  In Turkey, the ottoman was the central piece of  domestic seating, and was piled with cushions.  In Europe, one of the early versions of the ottoman was designed a piece of fitted furniture to go entirely around three walls of a room.  The ottoman later evolved into a smaller version to fit a corner of a room.

Ottomans took on a circular  or octagonal shape in the 19th century, with  seating divided in the center by arms or a central padded column that might hold a plant or a statue.  As night clubs become popular, so did the ottoman which began to have hinged seats underneath to hold magazines.

The birdcage-inspired sofa and ottoman set below was designed by a Filipino designer and a friend, Carlo Tanseco, and was exhibited at the Manila Furniture show 3 years ago. 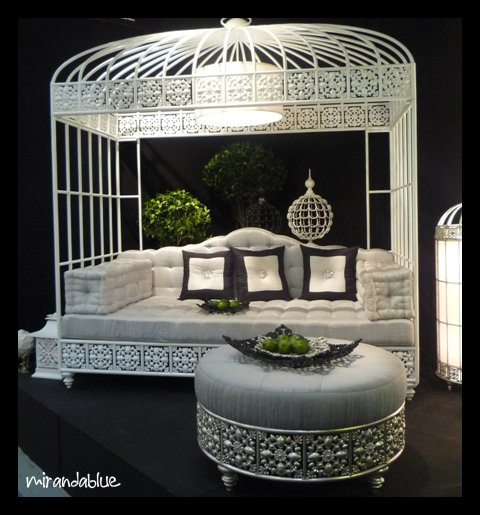 Nice history of the ottoman

Very ORIGINAL post and choice of word for the letter O.
I really like the first example of the ottoman. So pretty.

I only owned my first ottoman in the last decade!
ROG, ABC Wednesday team

i enjoy seeing them but didn't really thought about their origins. nice post. love the patchwork design on anything.

Those are awesome ottomans! I need one for my family room but I want one that has storage inside.

Thanks for the history on the ottoman. Attractive captures, Miranda; thanks for sharing (and for stopping by my blog)

I am going without an ottoman for one of the few times in my life now! Great designs.

That is an interesting one for 'O'.

I love them, they remind me of my childhood :)

Cool take on the theme!

Great idea for O. I love the patch work furniture.

Terrific choice and something I do not own...wish I did. Love your website.

I don't have an ottoman either, those multi colored chair is pretty.

Over and over again, I am always late commenting, but, trying to catch up.
Rose, ABC Wednesday Team.