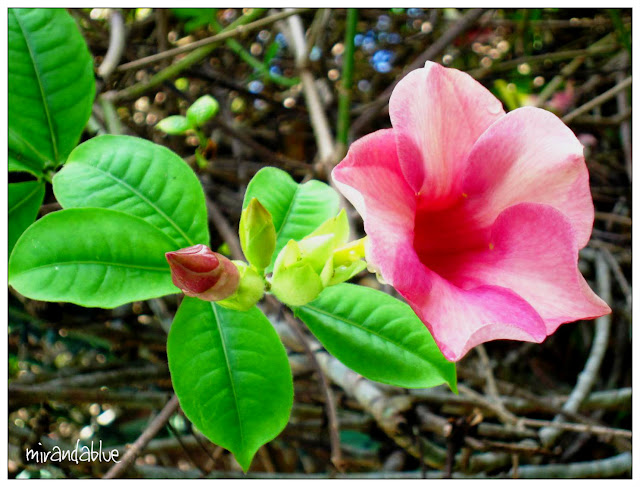 I have always been attracted to vines, especially flowering vines.  I like the naturalness of vines---their spontaneous search of sunlight, and instinctive clinging and twining for support.  A vine generally is referred to any plant with a growth habit of trailing, climbing, stems or runners.  The flowering vine above is called Violet Allamanda or Allamanda blanchetii, a beautiful but poisonous plant. 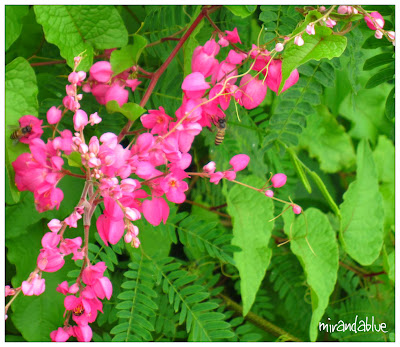 Considered a noxious weed, Cadena de Amor, is a climbing, perennial vine wildly crafted in the Philippines. A few years ago, a Metro Manila Chairman planted cadena de amor at the center islands of EDSA and C5, two major thoroughfares, to enhance the greening of the metro and in an effort to reduce carbon dioxide. Dubbed as vertical gardens, the pink flowers somehow cheered up the drab roads. But the invasive vines eventually choked up trellises and lamp posts, and the streets looked like a forest. 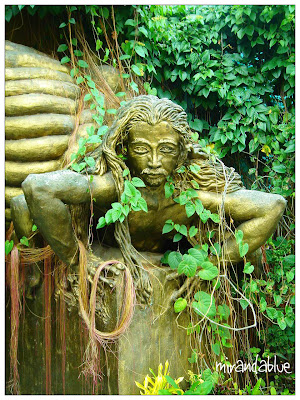 I love the wildness of vines.  They add dimension to this self-portrait of a Davao artist, Kublai Millan.  And these hanging vines, probably strangler figs---overwhelm a balete/banyan tree in a forest park. 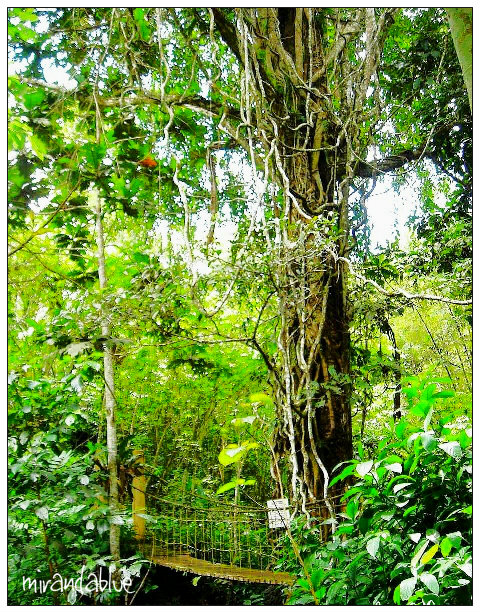 Beautiful shots of the place. The flowers are pretty.

These are a visual delight!

Ordinary Words...Vines make for a good subject, there are so many different kinds♫♪

I'll have a street that looks like a forest anytime than all the drab and the fumes. Flowering vines are just lovely. Wish I could have some in my garden when I retire.

I love Vines too, and think they make such beautiful photos - yours proves that I'm right! :-) Your second to last photo is my favorite, that is so cool!

What a shame that the beautiful Cadena de Amor is so invasive, because it sure is pretty and clearly has a lot of Vitality!

One of nature's success stories, invasive but pretty, and now I learn here poisonous!

We have a lot of those chain of love or cadena de amor by the seashore in Donsol. Makes me miss my hometown even more.

Beautiful takes on the theme!