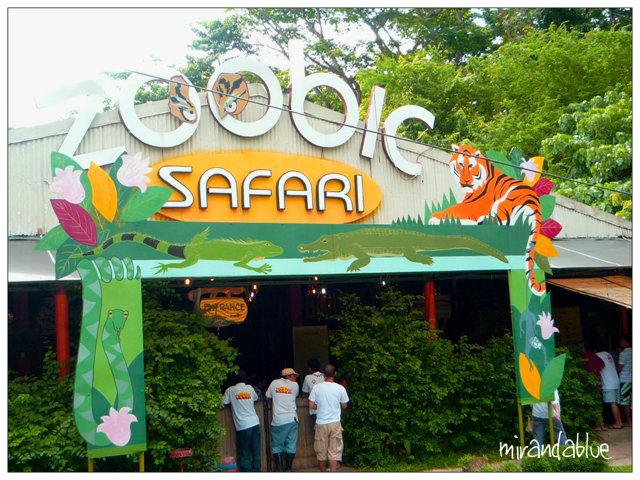 Z is for Zoobic Safari

Zoobic Safari is a theme park in Subic Bay Freeport, a former US naval base, in the province of Zambales.  The theme park's main feature is the Tiger Safari where one can have a close encounter with tigers in an enclosed area.  If you're into something gruesome, there are dressed chickens for sale and you can feed them to a tiger from a  window grille of a jeepney.  One can also have an opportunity to bottle-feed a cub and be educated on the mating habits of tigers.:p 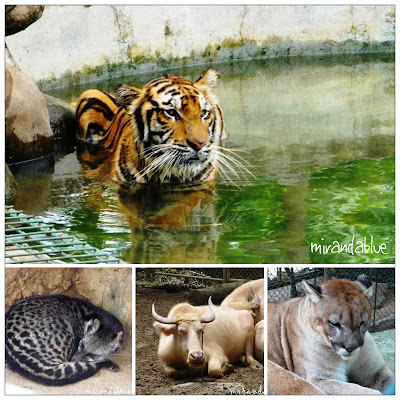 At the zoo, I saw a civet cat for the first time---its excrement is the source of the exotic Kopi Luwak, known as the most expensive coffee in the world.  It was also my first sighting of an albino carabao (water buffalo) and cougar. 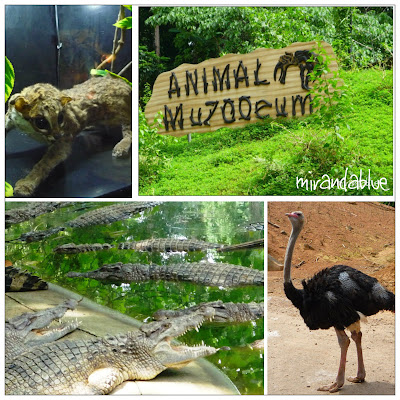 The old bunkers of the former naval base now house a Serpentarium, Rodent World, a cafe overlooking a pond full of crocodiles, an Animal MuZooeum where skeletal remains and stuffed animals are displayed.  There is also a savannah where ostriches freely roam; and a section called the Bird Walk showcasing birds. 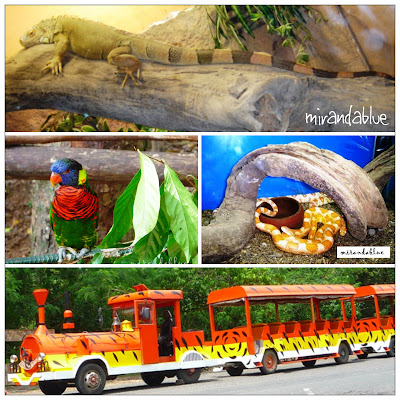 Zoobic also features a zipline that I haven't tried yet.  To go around this 25-hectare theme park, we rode in the Zooper Train.

Oh this looks like a Zoo I would love to visit. It's one of the fun things to do with the grandchildren.

You have lovely shots.

I like how they have reused the Base into a zoo, and the name is delightful.
Terrific post for the letter Z.

something tells me it's all happening at the zoo

wow, i'd love to see the albino water buffalo.

(A Creative Harbor) aka ArtMuseDog and Carol ^_^

The zipline sounds scary to me...but hey! I remember you saying one time that you're not afraid of heights. :)

hi EG CameraGirl, you're right, I'm not afraid of heights.:p but instead of a zip-line, we decided to hit the outlet stores in Subic.:p

will definitely share photos of the Zoobic zip-line when i get the chance to try it.