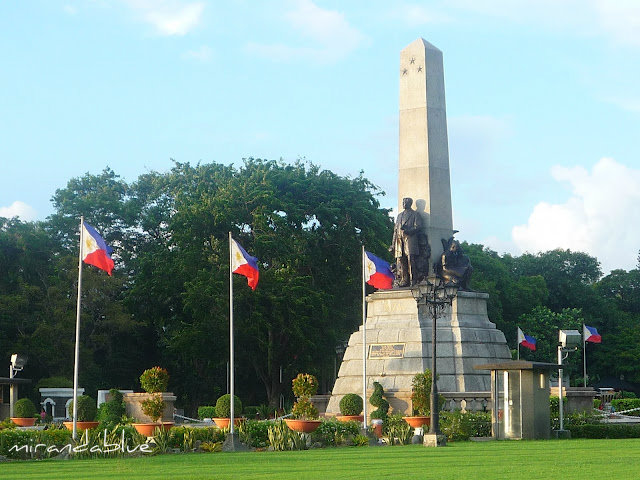 L is for Luneta


This is the Rizal monument at Rizal Park, more popularly known as Luneta Park, or colloquially Luneta.  Luneta is a historical urban park in the city of Manila, and one of its major tourist attractions. Touted as the "land of heroes", many Filipinos died in Luneta fighting for Philippine independence.  This place was the "killing fields" during the Spanish regime.  The execution of Dr. Jose Rizal in Luneta on December 30, 1896 sparked the Philippine Revolution against the Spanish colonizers.  The park was renamed in Dr. Rizal's honor---his monument serves as the symbolic focal point of the park, an honor guard is on duty here 24 hours a day.  National dedication days are held in front of the Rizal monument.  It is also where foreign leaders attend wreath-laying ceremonies during state visits.  Below is the marker of Dr. Rizal's execution site, and behind it is the diorama. 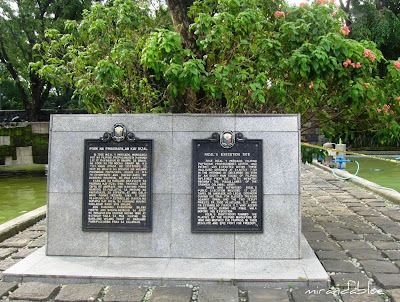 Aside from Dr. Jose Rizal, Luneta is also home to another Filipino hero, Lapu-Lapu (1491-1542).  His larger-than-life statue is known as "The Sentinel of Freedom".  Lapu-Lapu was a ruler of Mactan (an island in Cebu) who is known as the first native to have resisted the Spanish colonization. 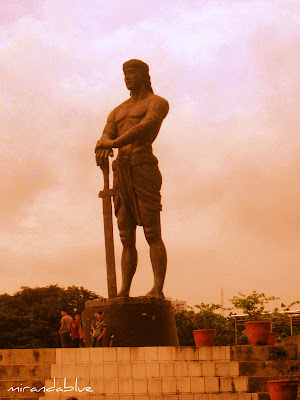 Luneta is a 54-hectare park with a man-made lake at the center with dancing fountains and giant raised-relief map of the Philippines.  The national library and national museums are located inside the park.  There is also a diorama of Rizal's martyrdom, a Japanese and Chinese gardens, an orchidarium and butterfly pavilion, a planetarium, an oceanarium,  various sculptures and historical markers. 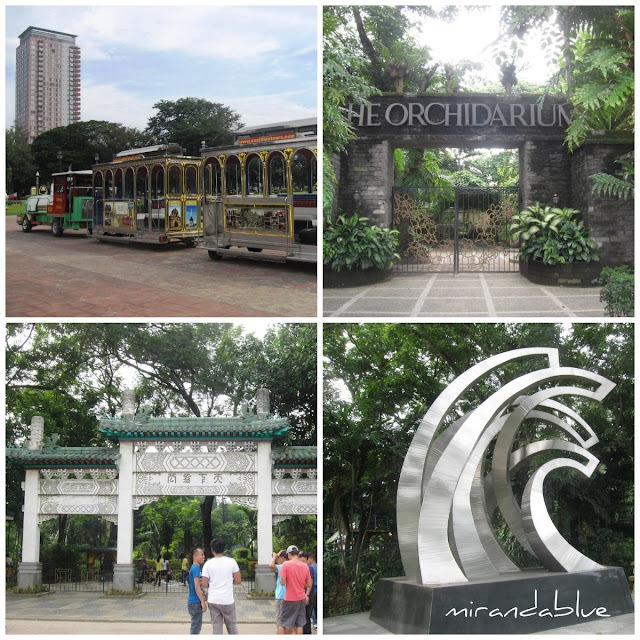 If you're too tired to walk around the park, there are horse-drawn carriages, locally known as kalesa, for hire; there is also a mini-train that goes around the park.  Lots of things happening at Luneta, especially on weekends---from Concert at the Park to cultural shows.  Recently, I've read that there will be free wi-fi access at Luneta this October.

Will be blogging from Luneta soon!:p 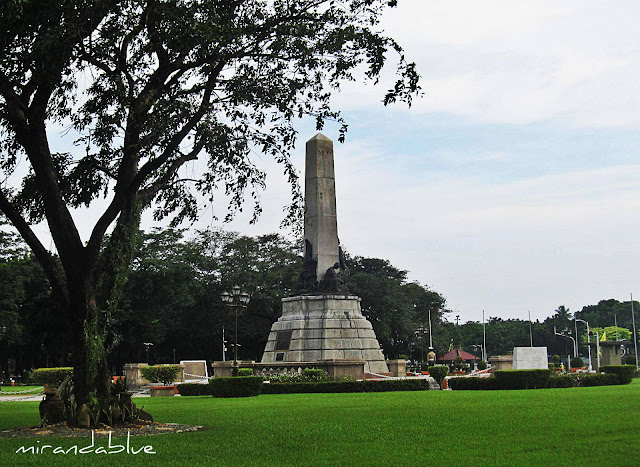 Thanks for the lovely Luneta tour. An Orchidarium, how wonderful.

Did not know about the Lapu Lapu statue. It's worth a visit when I get home. I always liked this place even though it caught some grief when Rico Puno sang it's the place where people go when they have no money.

I think you have shown us different photos of this park before. I find it fascinating. Free WIFI sounds very good! :)

@ Photo Cache, the Rico J song still holds true, and the bourgeois won't be caught dead in Luneta.:p but i love the park...i wish i live in Manila so i can visit Luneta everyday. the gov't also rehabilitated the park...it's well-lighted, with tourist desks at strategic places. sana nga mabisita mo si Lolo Pepe at si Lapu-Lapu.:p

A beautiful park. Lapu Lapu's statue is so imposing.

Fun place to be!

Tht was truly a virtual n comprehensive walk-thru of the park for us.. thank u :)

Oh I think the train ride would be enjoyable. I really love the way the park is so well manicured. The grounds and trees around the first momument is beautiful. Great tour.
Ann

I have never been to Luneta Park but we drove by there the last time we were in Manila.

Catching up with ABC. Got busy the past couple of days and just now have the time to visit entries.